John Beasley Cycles have been building, servicing and selling bicycles since 1919.

It was in this year that John Beasley Senior took advantage of his frame and bicycle building skills and opened a store in Richmond. In 1930, he saw an opportunity to serve cyclists in Melbourne's Western suburbs and moved the business to 127 Buckley Street, Footscray.

The store remains at this location and is owned and operated by the third generation of Beasleys, John and Vicki.

John Beasley Snr was a colourful character, known to many across the Western district of Victoria, where he not only raced at bike carnivals but also was a strong runner and boxer.

John Raymond Beasley took over the family business in 1961, having been successful on the cycling scene for many years. In 1951 he won an Australian Road Race title, and made appearances in the 1952 and 55 Tour de France races. In addition, J.R. Beasley won an Australian 150 mile World Championship in Warrnambool and placed in two world road championships.

J.R. Beasley was touted as a future world champion in 1952, however, health and finance impediments meant a permanent return to Australia.

The bike shop being his home and playground until the age of 13, John J Beasley, caught the cycling bug from an early age. His event of choice on the velodrome was the Madison, and proved to be an equally-triumphant criterium come road sprinter. John’s passion for coaching has seen him coach some prodigious talent. Vicki Beasley was also prosperous, winning South Australian road titles and South Australian Cyclist of the year.

The Beasley family fame in the cycling fraternity is legendary. The images throughout the store are testaments to the life and vigour of cycling that abound in this family and the history held within its walls. 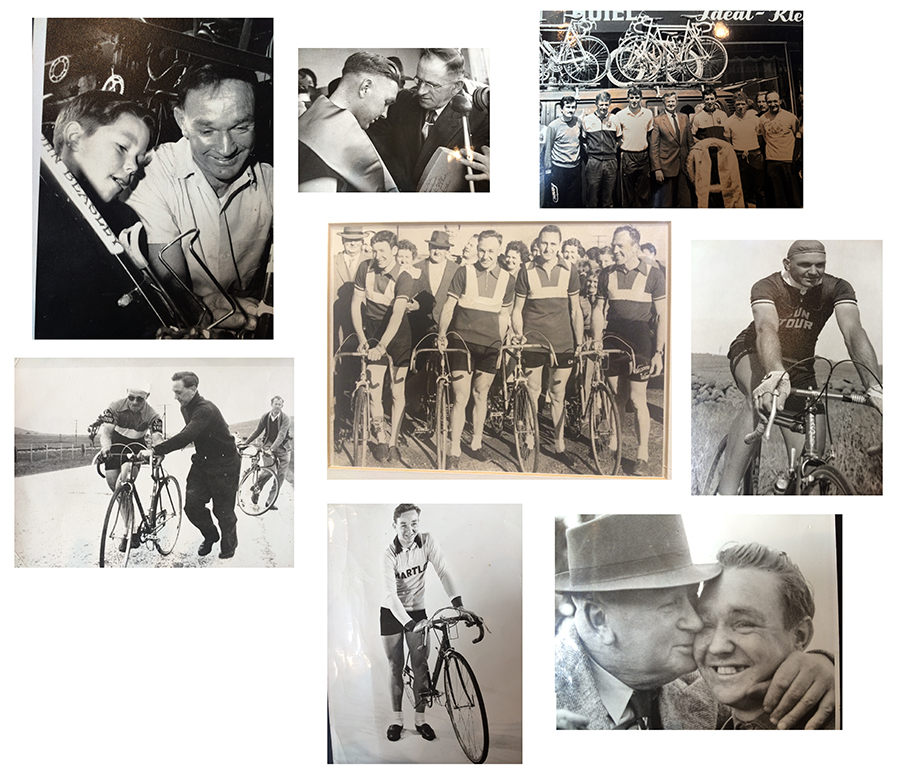 Theme By - Powered by Lightspeed